At the age of 21 Matt began his career in the field of construction, working for a company that framed homes and renovated barns. 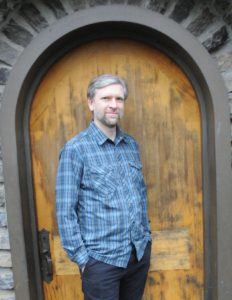 Matt has his roots in residential framing. Through the strenuous physical and mental processes of home-building and structural remodeling the foundation was set for him to become an informed designer, one who understands the construction process first hand. In the mid 2000’s during the big house-building boom, framing crews were on the phone with architects on a continual basis attempting to find solutions to innumerable design issues. Beams were shown to pass through stairways, or protrude out roof lines apparently ending in mid-air. (Once requiring a custom roof dormer be built to cover a beam end!) Matt declared that after this much repeated experience, he would one day become an architectural designer and save the world from architects!

Matt’s passion still resides in witnessing and participating in the complex building process from beginning to end. He spent his time designing residential construction projects for many happy clients as part of the design/build company Rupp Family Builders from 2007 to 2019. He is happy to now be on his own as LX Design. Matt is proud to present his design work culminating from the life experience he has gained from so many years building with his own hands.

“We have had several very positive experiences with Matt. He has a good eye and a good head for design and execution of construction projects both small and large. He has done work on a kitchen remodel for two different houses, two bathrooms, and a deck and all projects turned out great. We’ve been quite pleased. And it helped that he is reliable and very pleasant to work with as well.”

“It has been a great experience working with Matt, I have called him with big and small questions throughout the process and he has either been able to answer them on the spot or quickly get back to me with a response. He was able to fit everything I hoped for into my 700sq/ft garage/ADU project and I am excited to see it come to life! “

“Matt met me at a coffee shop and we talked through our visions for a custom house. A short time later Matt had finished plans, and less than a year later me moved in. It was very smooth process with most back and forth happening via email and Skype with occasional in person meetings. There were so many details to decide, that we were in touch every other day for a couple of months. It was a fun journey with everything completed on time and within budget. I completely trust him and would use him again. He designed a great home that we will enjoy for decades.”